When I think of people who have done much to record and preserve the history of Newfoundland, Cassie Brown is one of the predominant people who comes to mind. 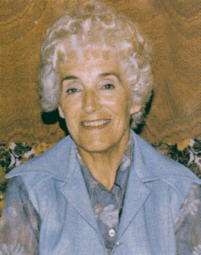 Cassie Brown was a journalist and author, born in Rose Blanche in 1919. She is the author of several books about maritime disasters that occurred off our coast, probably the most notable being "Death on the Ice". 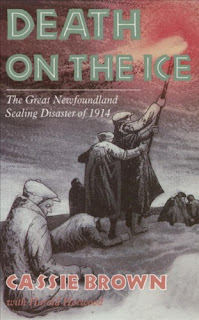 "Death on the Ice" is the story of the 1914 sealing disaster, in which 78 men, sealers on the SS Newfoundland, lost their lives in a blizzard while out on the ice. It is not only about the disaster itself, which is described in stunningly vivid detail, but it gives a rich, historical snapshot of the politics of sealing in that era, and the power of the sealing captains, even between father and son.

Captain Abram Kean, thought by many to be responsible for the men marooned on the ice.
His son, Wesley, was the captain of the SS Newfoundland.


When I was in Grade 8, our class was assigned to read "Death on the Ice". Fortunately for me, I had already read it probably three or four times before we ever did it in school. I remember one afternoon at home, reading it while gnawing on a cake of hard bread, the one little thing I could do to try to make it real for me.

As part of that school assignment, it somehow transpired that I got to go to actually visit Cassie Brown at her home. I remember going armed with a list of naive questions, questions that a 13 year old schoolgirl would dream up. I only wish that I had that opportunity now, to have a real conversation with her.

I remember her saying that while she wrote the book, she felt the sealers looking over her shoulder, encouraging her. That image impressed me so much.

For years now, every time I trudge through blizzardy weather, I think of the sealers out on the ice. Nowadays, I think of Burton Winters, too, but for many, many years, it was all about the sealers and their suffering. It makes any brief, chilly discomfort I may feel pale in comparison. For all of us who live here, it gives some sense of what our forefathers had to endure, and just how many died trying to put bread on their family's tables. 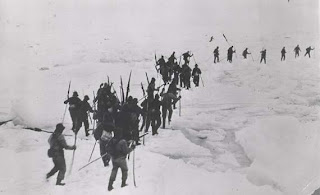 The sealers of the SS Newfoundland were left on the ice for 53 hours in a raging blizzard.


As I write this today, there is a blizzard blowing outside and I am homebound. Warm and cozy, lots of food in the fridge, blankets and a thermostat to keep me warm - things that the sealers of 1914, who had the thinnest of clothes and were forced to sleep on the piles of bloody seal pelts could not even imagine. And their circumstances are those that I could not even imagine, without the labor of love of Cassie Brown in telling their story.

Cassie Brown's other books include "A Winter's Tale - The Wreck of the Florizel", "Standing into Danger" about the wreck of the USS Truxtun and the USS Pollux, "The Caribou Disaster and Other Short Stories", and "Writing the Sea", an autobiographical account of growing up in Rose Blanche, including essays she wrote for the Daily News newspaper, one of which was called "Death March", which was the beginning of her fascination with the SS Newfoundland disaster.

I have read some of her other books, but "Death on the Ice" struck the most resonant chord with me. Maybe it was because of my youth when I first read it, I don't know, but I have never forgotten it, or those poor souls of whom she wrote.

I am sure that the spirits of the sealers, who stood over Cassie Brown's shoulder as she wrote, were very satisfied with how well she told their story.

To paraphrase the inscription she wrote for me on Dad's copy of "Death on the Ice"...