B. Hussein Obama has GOT to go


I've been a bit of an absent blogger lo these many months. Had to take some time off after the Lenten marathon of posting. There have been SO MANY topics, interesting ideas and world events that have occurred over the past few months when I've thought to myself, "I WISH I had time to write something about this on my blog."

Today, though, I found something that I HAD to memorialize in some fashion. I try to keep my Facebook page apolitical, so that was not the venue. Sadly, so many people I know, even those who claim to be politically conservative, do not agree with the Republican party of the US. I have friends who claim to be conservative, and Catholic, and independent thinkers, yet support the abortion-loving, socialist-mind-controlling Democrats. I try so hard to back away from getting into debates about this, because those who feel that way are not dumb, not by a long shot. They are ill-informed, and misled by the mainstream media that has been proven, time and time again, to be biased and left-leaning. (One small example.) If one chooses to believe what is set before them by the likes of CNN, MSNBC, et al, and to not do any of one's own research, fact finding and verifying, one WILL be misled, no question about it. 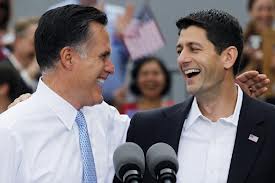 The recent media assaults on Mitt Romney and Paul Ryan are cases in point. Calling Mitt Romney someone who killed a man's wife because the man's company was downsized and his wife subsequently died of cancer neglects to point out that the woman had her own health benefits, and lived for five years following the downsizing. GMAFB. Calling Paul Ryan, who is the most energetic, freshest face and brightest hope to run for high office in... FOREVER... calling him the equivalent of a Nazi propogandist is unconscionable. But, the media spews it, and the uninformed Great Unwashed eat it up without a second thought or consideration of the veracity, or lack thereof. Absolutely appalling.

I had no intention of getting this far into all of this today, and believe me, if time were no option, I'd have written volumes on this current election, but I came here today for one purpose, and that was to post this -

I haven't read them all yet, but I'm workin' on it! Some are funny, some are obscure, some are rock solid on the money, and all are frighteningly true.

But, the bottom line is THIS, so eloquently stated by Mitt Romney in his speech accepting the Republican Party's nomination of him for president:

“If you felt that excitement when you voted for Barack Obama, shouldn’t you feel that way now that he’s President Obama? You know there’s something wrong with the kind of job he’s done as president when the best feeling you had was the day you voted for him.”


He's circled the bowl ever since. There is no excitement left about this man in the hearts of anyone in touch with the reality of his presidency - the floundering US and world economies, the daily erosion of personal freedoms (ie. religion, gun ownership), his deeply socialist 'redistribution of wealth' and 'government-oversight-of-every-aspect-of-your-life' philosophies, not to mention the broken promises of employment creation, debt reduction, closing Guantanamo, repatriating troops from the Middle East. (Thank God he failed on the last two.) Anyone who has looked beyond the facade, into the nitty gritty of what he's actually accomplished (coughcoughcough), cannot possibly be excited by him anymore, not unless, of course, you're the 'it-takes-a-village' idiot.