I went out for a birthday dinner the other night with a life-long friend. She was born in November, and I arrived in December, so annually, we'll take ourselves out someplace nice to celebrate each other's day. A very nice tradition that I hope goes on for dozens and dozens more years to come!!

At one point in the evening, the conversation came around to how often it is seen that several people will be together, in the same room, around the same table, yet not a word is being spoken. All heads are bowed in homage to the wonders of the iPhone. 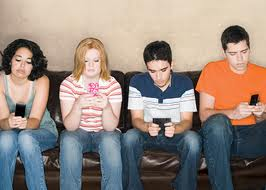 (I will use the term 'iPhone' generically here, because not everyone is as lucky as ME to have received their gold iPhone 5S in the mail today, after an aborted attempt back in May to own one, which ended in tears. But I digress...)

(Maybe I'm about to find out once I power up my new gold iPhone 5S. Have I mentioned already that I got mine today?!?!)

And so our conversation went, and eventually moved on to other commentary of life, the universe and everything. It was a lovely evening.

Tonight, at the supper table after we had eaten, my sister, nephew and I were chatting. The topic rolled around to a couple of Christmas parties we had both heard of recently, and a phenomenon which seems to be gaining in popularity.

Apparently, the 'thing' to do these days at parties is to announce the winners of awards that have been voted on beforehand, involving many (or all) of the attendees. Let me explain that better:

A list of 'awards' is produced, and this list is distributed to all those who will be attending, in the days before the event. Everyone is supposed to fill in names by each award of the person they feel is most deserving, for example:

"The person most likely to spill their coffee on themselves..."

"The person who swears the most..."

"The most helpful person..."

"The person most likely to have a substance abuse problem..."

"The person most likely to receive the most chocolates from clients each Christmas..."

The results are tallied, and the winner of each 'award' is the person who has received the most votes in that category.

So, you see how this goes. Some are flattering, others are edgy, while others are downright hurtful, or certainly have the potential of being interpreted that way.

It was amazing to each of us that we knew of many examples of these kinds of activities occurring this Christmas season. It's clearly not a 'one off', not a unique occurrence. It's going on more often than I would ever have guessed.

The three of us were hashing out, around the table, our thoughts on why groups of otherwise intelligent, educated, mature people, in many and various walks of life, would find what I consider to be juvenile, school-yard-ish behaviour so freakin' amusing. Maybe it's copied from some reality TV show. I don't watch them so I wouldn't make the connection.

I think, though, that I've figured it out. It's very simple:

The art of conversation is lost. Not dying, lost. People do not know how to relate to others anymore. We've become a breed of head-bowed texters, who would rather talk about the weather to someone across town than discuss the same thing, eye to eye, with the people in the same room. 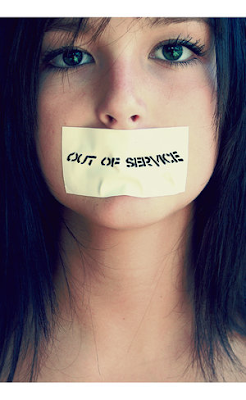 The hours and hours and hours of texting that some people engage in during the run of a single day, every day, cannot all be accounted for with cerebral matters and world-problem-solving. More likely it's one bitching to another about why the garbage wasn't put out that morning. Which leads to another thought...

Why not take 25 seconds to say / ask / tell, versus half an hour typing out thoughts that, because of the lack of non-verbal context, are likely to be misconstrued if the issue is more involved than who's bring home the milk tonight?

All I know is this - people are, by degrees, losing the social skill of conversation. Blame it on what you like, but it is happening all around you, me, and everyone else. Personally, I blame it on the "smart" phones, that are making people stupid, one lost conversation at a time.

The most recent example proving this is the advent of these 'awards'. People don't know what to say to co-workers outside of the work setting, so let's conceive conversational 'filler', and when that's done and everyone has been ceremoniously laughed with, or at, then break out the karaoke!!!! ANYTHING but having to talk to one another.

I grew up in a home where each Christmas, my parents held a massive Christmas party, catered, bartender, the works. If my siblings and I had any notion of joining the fun, we had to dress the part, and we had to have a tray of hors d'oeuvres to pass around. It was the single most educational tool in learning the art of conversation which my parents gave me. If I could negotiate a room full of people, from all socio-economic strata with a serving tray, chatting and being charming especially to those who've had a sip too much of Christmas cheer, then I could take on just about any room going.

But now, Christmas parties have devolved to something just a smidgeon above pin-the-tail-on-the-donkey. Why are we now satisfied with events that, let's face it, are getting less and less dignified as the seasons progress?

We only have to be satisfied if we allow it, for ourselves. I don't allow it. Not for me. There is nothing I enjoy more than a sublime glass of wine, and a good, hours-long, challenging conversation. There is nothing that I find more tedious than watching adults desperately clinging on to their childhood antics with wrinkly, veiny hands.

I have nothing more to add to this conversation. ;-)