And the winner is... NOT the American people

Four words should have sealed this deal:

If you don't have a clue to what either of those terms refer, then you have no business even having an opinion about who should or should not be president of the United States.

Seems there were other words in which a vast subculture of the voting American public were more interested:

Health care, birth control, food, housing, education, borders, citizenship, freedom to be an illegal resident... the list goes on and on and on. The ability to retire on full government pensions at 50...

Free-whatever-the-hell-you-want - the very ideology that is the backbone of Socialism. You want it? Get your government and the successful, wage-earning citizens to provide it to you while you sit around thinking of more free stuff you want SOMEBODY ELSE to provide for you.

That's known as "redistribution of wealth", boys and girls. That's where you earn money, and your government takes a huge share of it to provide non-wage earners with a lifestyle that equals yours, the one you EARNED. With HARD WORK.

There's daily evidence of Socialism's success in Europe, or didn't you know that? Hear of Greece lately? No idea what's going on there, economically-speaking? No? Then go away and don't let me hear you utter That Man's name in my presence.

Goodbye, capitalism. I am saddened to the core to see you go. 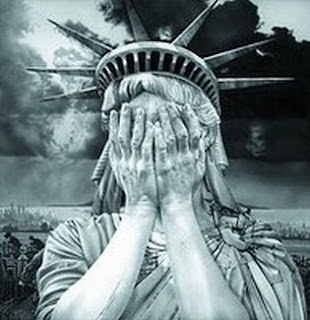