I don't remember when JFK died, but I do remember Bobby Kennedy's assassination. I was only 7 years old, but I remember going to bed that night, crying because that very handsome blonde man, who was a daddy to a lot of boys and girls, had been killed. I remember the images of him lying on the floor, with someone holding his head. I thought he was just hurt, but that was not the case. That was the start of it - the birth of my consciousness of evil.

I remember learning about Charles Manson, not so much at the time it happened in 1969, but later, in my teen years.

I remember Ronald Reagan getting shot, but thankfully he survived.

I remember John Lennon, who was not so fortunate.

I remember the Alfred P. Murrah building in Oklahoma City being bombed, with a horrendous loss of life, including a daycare.

I remember a lot of the horrible things that have happened during the course of my life, and the common denominator to them is that in the aftermath, I believed that nothing else that ever happened would shock or appall me to the degree that particular one did. Until the next one happened.

That's where I am today. I cannot believe that anything will stop me in my tracks in the way that I have been shocked by the shooting yesterday, in Newtown, Connecticut, that killed 20 kindergartners and 6 adults in Sandy Hook school, and one adult in her home, the mother of the shooter.

Little kids, in an elementary school, 11 days before Christmas, on the 7th day of Hannukah, the night after their holiday pageant at school.

Little kids whose parents have their childrens' letters to Santa tucked away, and their presents bought, and their homes decorated.

Little kids who, soon, would have been making snow angels, but are now angels themselves.

Little kids who were so innocent of having done anything to that shooter that could, even in the sickest mind, justify what was done to them. 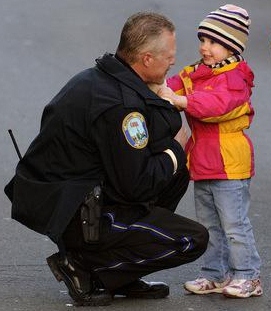 And then there are the little kids, (and big kids, spouses, and other family members) whose mommies / aunties / sisters / daughters won't be coming home, because 6 of them were killed, too. And all the rest of the little kids who lived through it, but will be scared, and scarred, for a long time to come. 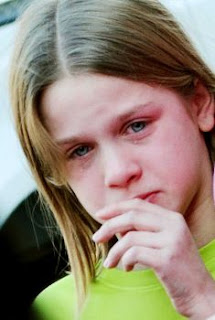 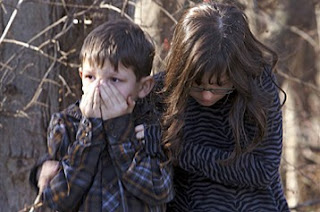 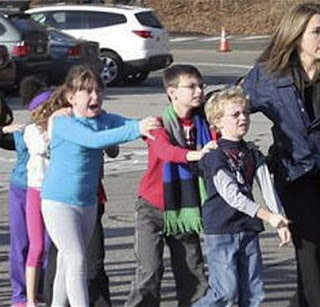 And now there are the parents, who have the leisure of a lifetime to imagine the terror and horror of their little ones, as they saw their classmates being gunned down one by one by one, until the gun was trained on them, themselves. Oh my. 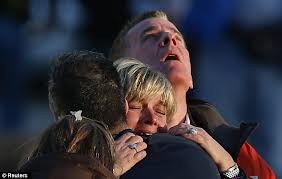 And can you imagine the first responders, and the scenes they had to face with no inkling of what they were dealing with, until they were face to face with it? 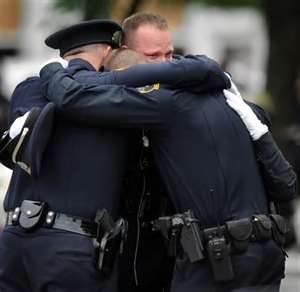 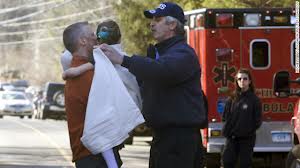 As with any awful loss like this, first comes the shock and tears and grief, then comes the anger. I'm teetering between the two right now.

I am angry that in almost all cases like this, mental illness plays a prominent role, so why isn't mental illness being dealt with in a more effective manner? Is it because we can't just lock up the nuts and throw away the key? My response to that is, "Why not?" And maybe, if not "throw away" the key, then put the key away until that person is no longer nuts, with acknowledgement that that day might never come. Psychopaths, sociopaths, uncontrolled schizophrenics - all out in the community, just waiting for a message from an alien, telling them to go into a school or a theater and shoot it up. Problem is, it's become politically incorrect to curtail the liberty of those with potentially-dangerous mental illness. To that I say "BULL-oney". I would rather have a mentally ill relative in an institution, getting his / her meds and living a controlled, safe life for THEIR sake, as well as for the sakes of the children or the movie goers, than the alternative which we saw yesterday. Call me intolerant, lacking compassion, judgemental of the mentally ill, whatever, blah-blah-blah. On this point? I'm RIGHT.

Of course, as with any shooting, the media wastes no time jumping on the gun control issue. So do average, well-meaning people, who think that's the obvious answer. It's not.

If there was the most stringent gun control imaginable, bad guys would still get guns, the same way that they get crystal meth, or cocaine, or any other illegal substance.

The wildly vast majority of guns are legally owned, maintained and stored, used for hunting or sport or protection, and are never used in crimes.

And, if you consider the terrorist attacks of September 11, 2001, no guns were used, at all. Three thousand people died, essentially at the point of a boxcutter. Are we going to ban boxcutters? What about fertilizer? That was the basis of the concoction that flattened the Alfred P. Murrah building in Oklahoma City. It's been proven time after time after heartbreaking time... if people want to slaughter, they don't need guns to do it.

Had there been an armed guard at that school, this might not have happened. If the theater in Aurora, Colorado had not been geographically located in a gun-free zone, rendering the movie-goers sitting ducks, then the carnage could have been a fraction of what it was. One person carrying a gun into that theater could have stopped that madman. And one teacher or security guard in a school with a gun could have changed the outcome of what happened yesterday.

As John Nolte just posted on Twitter, a short time ago:


"Trying to figure out the difference between a gun-free zone and a death trap. Other than false advertising, I just can't."

Bad guys are with us forever. So are guns. We need to make the latter work for us, to minimize the devastation of the former.

They have armed air marshalls on 5% of all US flights. The bad guys don't know who they are, or what flights they are on. This is called 'deterrence'. It works.

Banning guns would only mean that law-abiding citizens would be rendered defenseless while the criminally insane are packing enough heat to make The Terminator shiver. Rational people must understand that, as understandable as it is to me that people think the problem is all about the guns. It's an easy leap to make, jumping to that conclusion, but it is wrong.

In the days to come, I imagine those affected by this devastation at Sandy Hook school will go one of two ways - they'll either turn to God, or turn on God. God did not cause this. Evil exists, and is immensely powerful. God is not the enemy here, but some will see it that way, and that, too, is understandable. I'd probably feel the same way, how can I know? Hopefully, in time, people will realize that their little ones are angels in Heaven, and in God's care. That's NOT the way it should be, of course it isn't. They should have grown up and had all of life's experiences, and families of their own, but that wasn't to be, and powers greater than humanity decided that.

If God was all-powerful, and evil did not exist, we'd be living in a perfect world. We don't need school shootings to see daily proof that this world is far from perfect. 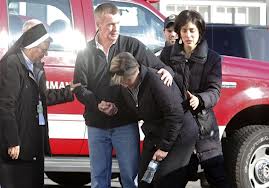 But, we also see daily evidence of God's grace and love, everything from the parking ticket we didn't get, to the cancer-free outcome, to the strength of those teachers who kept their kids safe, and calm, and quiet and did all the right things in the midst of their own terror. It's that that we must cling to at times such as these. Even those who will turn on God, at least they still believe He exists. I pity those who do not believe at all. How sad to not have the faith to know those little ones are angels in Heaven, to think that they're just dead. That's the saddest thought of all, for me.

So now, what to do? I am going to offer up a prayer of thanks to God, that I have the luxury of turning off the TV and getting on with my life, and not have to endure the unendurable that the family members and friends of those 27 people cannot avoid.

God bless them all. 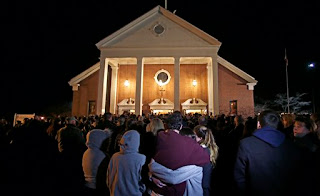 The following video is a clip from a CBS story about the "Snowflakes for Sandy Hook". Watch this without tears running down your face, I challenge you.

14.Dec.13 - This video has been deactivated and I can't find another version anywhere. I'll keep checking back from time to time to see if I can update the link. Otherwise, there's not much I can do.
~M~
Posted by Margaret at 12:13 PM