The following article, "Unfortunate Females", was published in The Evening Telegram, as it was then known, on May 20th, 1919, the day my father was born.
Women of that era had it made! There was absolutely no expectation of responsibility or self-reliance under which they had to belabor themselves. The more trouble they got into, the more eager some man was to shift the blame elsewhere, especially when it came to the demon drink.
My sister and I have been doing a little digging around the roots of the family tree these past few days, and she pointed me in the direction of this gem, this glimpse of a bygone era. The style of writing is just delightful. It's nice to see that there was a time when a lady's honour was still chivalrously defended. I'm glad that prohibition went the way of the dinosaur, though.
1919.
In six years' time, it will have been 100 years since this article was published. All the 'females' of which the writer speaks are long dead, as is he. (I presume the writer was male.)
So long ago, yet, someone was sat across the supper table from me earlier tonight whose father probably read this very article in the paper while he was being born.
Sometimes, the distant past is not as distant as we think. 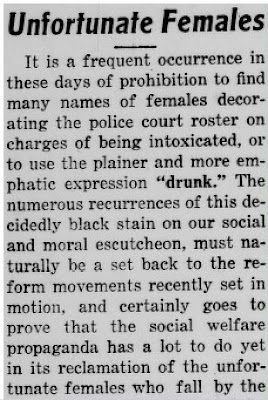 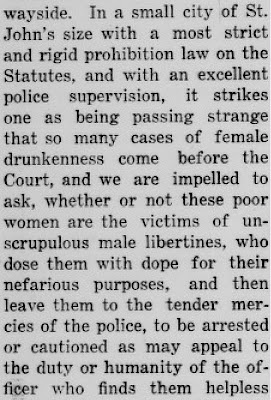 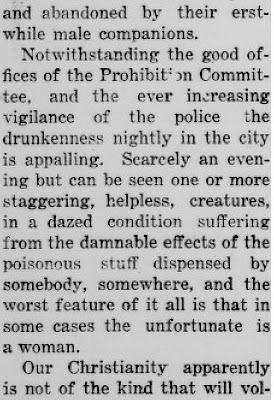 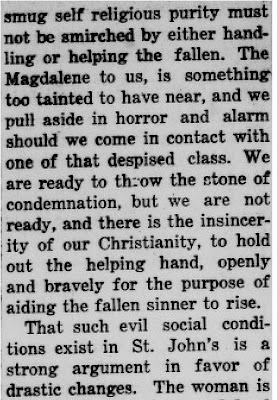 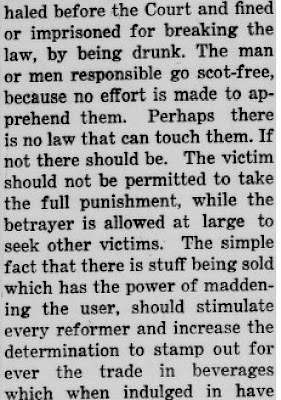