About a year and a half ago, on September 8th, 2011, I had one of my all-time oddest dining experiences, thanks to the Bacalao restaurant in the Clarenville Inn. 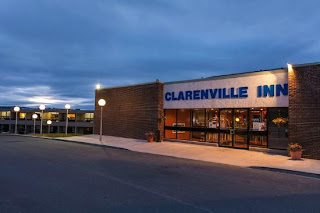 I had been working in Clarenville for the weekend, and had gone out for supper after work. Little did I know how strange that experience was going to be.

Here, for the sake of posterity, are the posts I wrote on Facebook that very night.

Old posts are not easy to retrieve from Facebook, and I fear that down the road, they may be permanently irretrievable and this story would be lost to me. Because of that, I've decided to post it here. The saga begins...

"I just had the most bizarrre meal in the history of restaurant dining. I'm about to tell the story. It may take several posts. If you don't want to get sucked into the vortex of bizarre-ity now, then you'd better "step away from the status update". You have been warned... Here goes... I'll let you know when the story is over...

"So I go to the Bacalao restaurant in the Clarenville Inn for my supper. I'm here for work, so I'm alone. The very nice waitress seats me, and I read the menu. All is pretty much status quo so far.

"Across the room, at a table near the windows, is a 60-ish couple, drinking their coffee. The server comes back to me. I order the Bacalao fritters to start, and the steak frites for my main course. I also order a glass of wine. The server goes to get the wine menu, and as soon as she leaves, I hear the woman tell her dining partner, "There's a woman sat across there, by herself, facing the wall. She ordered an appetizer, a steak, and now the waitress is gone to get her the wine menu." I did a double take as I thought very loudly to myself, "W.T.F.???????" The story continues... 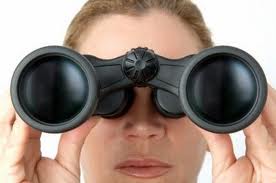 "Her dining companion (husband, I'm assuming), is staring at me. I, of course, stare back. It's not often that I hear myself being talked about with so little attempt at discretion. So, it is this stare of wonderment that the server sees when she brings me the wine menu. I said to her, "I'm sorry, I'm just a little distracted. That woman just recited my order to that gentleman, word for word. I can't help but wonder why I'm the source of such fascination!" I said it to her, I did. Beauty part was, missus heard me, as I intended for her to do. I ordered my wine, and the staring game began... 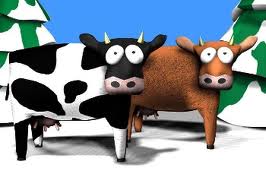 "It seems she realized she was being anything but discreet, so she shut up about me, but her husband kept staring at me through my appetizer and the 1st half of my steak. It must be said that based on the accents and the conversation, they were CFAs. (CFA = "come from away", visitors to Newfoundland) I had no dining companion, so I had a lot of time to contemplate this oddness. I thought for a moment he must be visually impaired or something and she was describing the scene, but he was staring at me so intently, I ruled that out. AND, even if that WAS the case, BE DISCREET, LADY, FOR GOD'S SAKE! She gave me the creeps. BUT... the story is not over yet...!

"Eventually, (not soon enough), they got up to leave. I was tempted to wish them an interesting evening, but I thought the better of starting a racket in the nice restaurant. Within less than 5 minutes, a party of four women, mid-to-late 50's, came in and sat at the table that the odd couple had just vacated. If I'm not mistaken, three of them were CFAs, and one was a Newfoundlander. 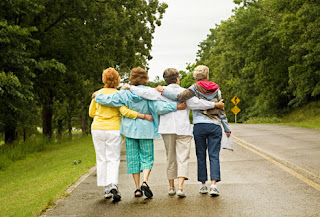 "It soon became apparent that they were old friends and were travelling all over the island together, having a blast! It was nice to see and overhear. They were discussing the menu in depth, and couldn't make up their minds what they wanted. Next thing I know, one of them gets up and starts walking around the restaurant, looking at the other diner's plates!!

"...and of course, where should she stop but at my table! She said to me, "And what are YOU having tonight???" She was laughing and clearly just being nice, so I told her, in depth, what I was having and how good it was! We talked about the other items on the menu that sounded good, and about how salt fish right before bed makes you thirsty all night, having to drink, and then having to go to the bathroom, which is hard with 4 women in one hotel room, and so forth and so on. She was a hoot!! I just sat there and laughed at her!

"Anyway, I finished my meal, thoroughly entertained listening to them debate the wine they were drinking, and loving every drop by their comments. They were funny, and all I could think was how great it is that these four women, definitely good friends, have been having such a good time, and enjoying their trip.

"I finished my meal, and went out into the lobby to pay. The girl who had been my server and the other waiter who was working tonight were both there, and they started asking me about that first older couple, and what had gone on with them. It seems that after I made that comment to the waitress about being a source of fascination to them, she went back in the kitchen and told the other waiter, and they wanted to know what had happened, so I told them.

"I then told them what a great time those four women-friends were having, and how entertained I had been listening to them, and that I wanted to buy their bottle of wine for them, that they were enjoying so much. So, I did! The waitress said that this had been the oddest set of circumstances she had come across, and she had come across some pretty strange things in her line of work. It was pretty odd for me, too, I have to say; first being creeped out by a play-by-play of where I was, what I was doing and what I had ordered, and then by the total pleasantness of seeing these four friends enjoying each other's company so much. It was so funny!!

"Finally, I left there, and went to an Irving station to buy some milk. The man ahead of me was buying cases and cases of beer! He had to make several trips with them, out to his taxi. TAXI????? Good God. All I could think was, there'll be no shortage of contraband being sold from taxi trunks in Trinity Bay tonight! Oh, me nerves!!!