Politicians condoning violence - the lunatics have taken over the asylum

That's the short story. However, blogs do not live on short stories alone, so I feel that I must elaborate.

Here it is, April, 2013. Kathy Dunderdale's Progressive Conservative government is in power. Her finance minister, Jerome Kennedy, just tabled an unpopular budget. This is where the freakishness begins...

Since the time in 1997 when the offshore oil first came ashore making us all Western oil sheiks, and more recently, when the Atlantic Accord made us a "have province", people have gone insane. 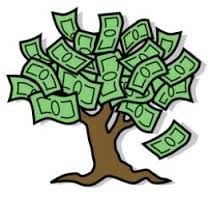 Supposedly, there's money for everything. Universal daycare on every corner. A bloated public service that is insupportable in the long run. Free university tuition. Gas at $0.20 / liter. Free electricity from Churchill Falls, and in the future from Muskrat Falls. You name it, the provincial government of this province of 500,000 people, a quarter to a third of which are actual taxpayers, will provide it. No questions asked.

So this budget gets passed. In order to maintain our way of life in the long term, cuts were justifiably required, and made. Some I agree with, others not so much, but all of a sudden, the freaks started to surface, and boy-oh-boy, it's gotten ugly.

Opposition politicians are basically accusing the government of everything short of selling children for medical experiments, in order to balance the budget.

People with more money than sense are posting insulting billboards around town, and probably further afield, I don't know. I don't want to know.

Then, it got super-duper ugly...

Then, it got super-duper stupid...

Gerry Rogers, a member of the NDP party (I'm not going to spell out what 'NDP' stands for, because it's not worth the wear and tear on my fingers), joined this page, either actively, or by accepting an invitation. It's not clear, because she's lying like a rug about it.

When challenged in the House of Assembly, she said she did not join the page, knew nothing about it, does not condone violence, blah-blah-blah, yet when asked three times to apologize to the members of the House for her association with this group, she refused and was escorted out. Once out, she headed for the television cameras, to plead stupidity... er... IGNORANCE about this page.

She's a flat out liar, and needs to go far more than Kathy Dunderdale.

Yet, all over the Internet, there is still evidence of people who support her. It's just incredible to me. But, as it is very likely that the vast majority are socialist NDP'ers, then it is understandable. Their mission in life is to have the government nurse them from the cradle to the grave, so any inkling of tightening belts with respect to government spending is equal to robbing a child's piggy bank at gunpoint, in their eyes. These eyes, it must be noted, probably contribute nothing or next-to-nothing in property taxes, income taxes or by any other means.

I've heard it said before that politics in Newfoundland is a contact sport. Very, very true. 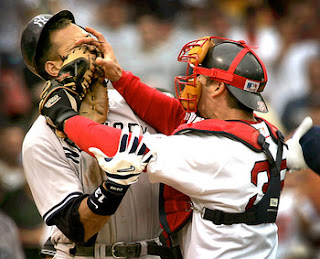 One particular person on Facebook has been challenging me, accomplishing nothing but embarrassing herself, and has been the source of much merriment for me as I prove her wrong on every count. I have invited her, and everyone else, to try to sign me up for a page without my knowledge, as Gerry Rogers claims happened to her. Can't be done, especially on that page, which is a 'closed group', membership by invitation only, an invitation to which one must respond in order to join. I have invited her to 'unfriend me', but she does not, opting instead to sticking around, trying to make an absurd and ridiculous point. As I said, it's embarrassing. She's like a ball of wool, and I'm the cat. LOVING it.

So, when the dust settles, and if she's still around, I'll give her the boot. Anyone who can't understand why association with a group that condones, or provides a welcome environment for people to threaten violence, is a freak. Stupid beyond all. As Jamie Lee Curtis' character Wanda said in the movie A Fish Called Wanda, "calling you stupid is an insult to stupid people!" That's just how I'm feeling about this at the moment.

Sadly, though, she's not the only one. There are myriad freaks around us, I fear, who seem to have no clue about how truly awful threats like this really are, not only to the individual but to our society as a whole. While I toy with her like a ball of wool, I weep for the perverse stupidity and lack of morality of people like her.