I'm sitting here tonight, purt near frothing at the mouth, over my experiences these past 6 days with Bell Aliant / Bell Mobility / Bell Whoever. 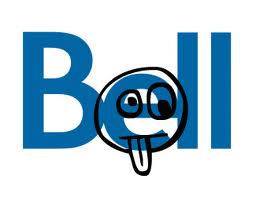 On Friday, April 19th, I went to the Bell Aliant store, all a-flutter, because I was going to splash out and buy myself my very first smartphone, an iPhone 5. WOO HOO!!!  I went with a friend who was equally excited about the idea of 'getting with the times', and having the chance to see what all the hype was about.

We dealt with a young lady named Hillary. That should have been my first clue. She was dealing with my friend when I arrived. When they were done, then it was my turn. She was very pleasant, whatever, but I wasn't there to make a new friend. I was there to sign a contract, obligating myself to a device that I was under the impression would connect me to a world wide web of possibilities that were beyond my imagination. Happy day!!!

What I ended up signing, as it turns out, was a contract that obligated me to a device whose potential was used up within the first FOUR days of ownership, because of a totally inadequate "data package" that was sold to me, "me" being someone who had never laid a finger on a smartphone before, yet was supposed to instinctively know that just turning it off meant nothing to the data usage.

Call me old-fashioned, with expectations of  customer service, but I contend that it was incumbent upon Bell staff to tell me certain traits of this thing - Bell staff who, KNOWINGLY, were selling me a package that 1) woudn't last a week, let alone a month, 2) to a person whose flip-phone was sat on the counter, so that should have been a clue, and 3) would cost that person A GODDAMNED FORTUNE by the end of the month. It wouldn't require a rocket scientist to figure out that a flip-phone owner MIGHT NOT be entirely familiar with the subtleties of data usage and cellular data. I was told I had unlimited airtime.Too bad I was NOT TOLD that it related to the telephone only, the INSIGNIFICANT part of the bloody thing I was buying. 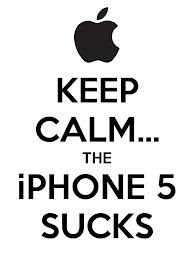 If I hadn't downloaded the Bell app, I would never have known that I was teetering on the edge of cellular bankruptcy. For some reason, not unexpectedly, the "My Bell" element of their website does not show my cellular phone usage, as it should, only my satellite TV information. No one knows how to fix this. Am I shocked? No, I am not. So, if I hadn't taken the Bell app for a test drive the other day, I would never have learned - FROM MY COWORKERS - vital information concerning the use of this phone. It does not come with any kind of a user manual, online or otherwise. I guess they're only meant for people who have been born since 2000, with the intricacies of these things embedded in their genome.

So, I called their customer service people today. I spoke with one girl for whom English was not her first language. She had the nails-on-a-chalkboard habit of laughing at everything I said, probably nervous hysteria, but she was driving me up the wall with her incessant giggling over a situation I found to be anything but funny. I asked her to stop laughing, once, because my issue was not funny. She said, "You so funny, but I can tell underneath a little frustrated." REALLY?!?! JUST A LITTLE??? I told her this was "100% frustration, nothing funny about it". The next time she laughed, I told her I could not deal with her anymore and hung up. I called back and got "Robot Guy". The only use he served was to tell me that I was entitled to the 'buyer's remorse clause' in the contract I had signed. Finally, a glint of light at the end of the tunnel, but interestingly, not one effort was made to try to warm me up to the idea of getting the appropriate package, not even from the guy to whom I returned the thing. Shows a very telling lack of interest in customer service, or even trying to scam a few extra dollars for Bell. 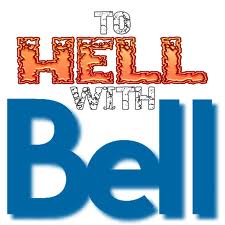 I tossed the phone and all the other garbage associated with it back in the bag, and got my arse down to the Bell store as fast as my wheels would take me. After standing there for over an hour, I finally had my old trusty flip phone back, and I left there, if not happy, then at least feeling like I had stemmed the flood of being ripped off and misled.

It will be a long time before I stroll down the smartphone road again, particularly with Bell Aliant / Bell Mobility / Bell Whoever as the service provider. Maybe by the time the iPhone 10 is on the go, I might consider it. Might. 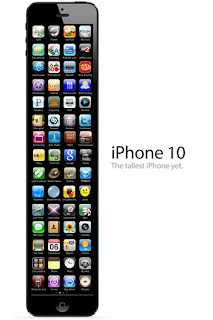 I can see why they call them smartphones. You've got to have a PhD in Bell Manipulation, with a major in Unscrupuloussness, to avoid being ripped off and deceived.

ALL THAT GIRL, HILLARY, HAD TO DO was to say that the package we were considering was insufficient for most people's needs and not the great deal it seemed to be. She would THEN have sold two $70 packages, instead of two $45 packages, and everyone would have been satisfied. But no. That's not how she chose to play it. She chose to get us out of the store as fast as possible, with the least amount of information possible, maybe so she could resume sexting or playing Angry Birds, or whatever drivel entertains the mind of someone who chooses Bell customer service as a career.

A disgraceful end to what should have been a mutually satisfactory transaction, and could have been with virtually no effort at all from someone who knew better.