Transatlantic Tow, 2006 - A Trip to Remember

Seven years ago, I had the opportunity to do something not everyone gets to do... a transatlantic sail on an oil platform from Newfoundland to Rotterdam, The Netherlands.

This was actually my second transatlantic crossing, but the first one heading east. The previous crossing was on an oil rig back in 2000, from Rotterdam to the Grand Banks of Newfoundland. Not quite a voyage on the QE II, but a happier adventure than the Titanic!

The thing I did on the second crossing, which I am so very happy I did, was to send an email newsletter every day to friends and relatives, with details about the trip that, seven years on, I would never have remembered otherwise.

So, to memorialize that sail, I am posting here on my blog those emails that I sent back in 2006, on the dates that they were sent, as a permanent record of a pretty cool adventure.

I have edited out certain names to protect the innocent - me.

On Thursday, June 22nd, 2006, I flew via helicopter from St. John's Airport to the platform, which was anchored in Conception Bay. Our usual offshore flights took about 1 1/2 hours. The flight to Conception Bay was a treat, only about 5 minutes!

Today, June 23rd, marks the seventh anniversary of the first day of the sail. I did not send an email that day; they started on Day 2, and I will commence posting them tomorrow.

I hope you enjoy the ride as much as I did! 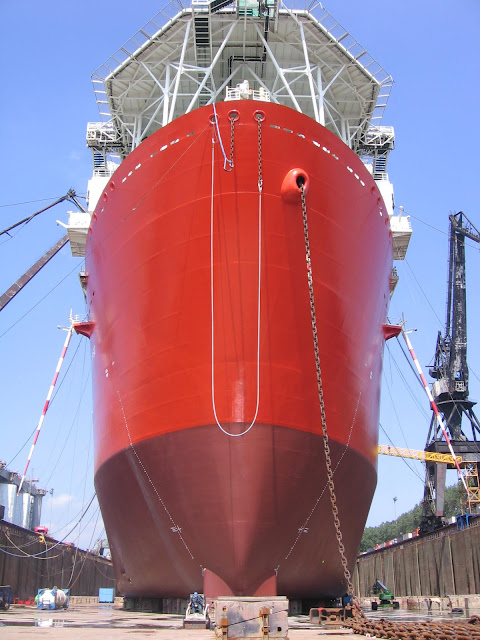