Just as I was about to click "send" last night, we lost our phones and Internet link because of the thrusters again, so here it is, Saturday a.m., better late than never!

Well, we're all back in the pink today and if it wasn't so hard to read, that's the color I'd use!! The green was hard enough on the eyes, so I won't do that to you.

The seas have settled down, the generators are all more-or-less generating, all five thrusters are thrusting, and we're making reasonable headway. Finally.

Well, in case any of you were doubting me and my assertions about bad stuff coming in threes, well, doubt no more.You naysayers can become yaysayers. The Lore lives on. I just wish it was limited to three. As you know, we had the one fellow whose sister passed away, and the other guy whose mother was quite sick. Well now, his mother had a heart attack last night and is in coronary care. Not only that, but another guy out here found out his father died last night after a long illness. Another guy out here is married to that guy's sister, so it's his father-in-law who passed away. And, that two-fatality car accident in Conception Bay North the other night killed the friends of another guy out here, one of them a particularly close friend. If I'm counting right, that's five, so I guess there's one more crisis to come to make it a multiple of three. This is certainly a different trip than the first sail was. Goodness gracious me.

If we can continue to make the time that we've made today, they estimate helicopters in another two to three days. Fingers crossed, everybody. But, as I predicted, once the stormy weather stopped, the fog started. It's so thick out there this afternoon you could lean up against it. (That's an Ed Smith line, I can't take credit for that one.) It's supposed to clear up soon, though. The forecast has changed again, so hopefully it'll be clear when we're in helicopter range.

A guy just stopped by for some lozenges. He asked me if I had been over in Rotterdam long before the ship left. I said no, I had come on the same flight he had, on the no-booze charter flight. He said, "Oh yes, where we stopped to see an oil truck in Iceland. Well, that's all we saw! That's what I tell everybody at home, we went to Iceland, and all we saw was an oil truck!" Sad but true!

I'll tell you what I only found out about yesterday. Apparently, the galley ran out of tea bags about three days into the sail. I didn't notice because I don't usually drink tea out here. It was only yesterday morning that I heard people talking about this. It has caused a bit of a stir. (I'm resisting using the words "tempest" and "teapots". It's just too easy.) Little did they know, though, that I had a small stash of about 20 tea bags in my cabin, that I had brought over to Holland with me, not knowing what facilities would be available. I figured it'd be easier to whip up tea than coffee if all we had was a kettle. So, I pondered how much I would sell each tea bag for, or would I put them up on auction to the highest bidder. As I was pondering this and calculating potential profits, the guy who lost his sister came in for a chat. He was talking a bit, then he said, "Well, it's all bad enough, but I can't even have a bloody cup of tea." Need I say more? He went for the $50 price tag, and left with the baggie of tea bags. I'M KIDDING – I'M KIDDING ALREADY!!! Probably in VERY bad taste, but I'm kidding!!!!!! Gimme a break, it's been a bummer of a week!!! He took them, FREE OF CHARGE, and I was happy to part with them to a deserving soul. At least the poor bugger could have a cup of tea now and then.

I'm probably going to have people unsubscribe from my newsletter on the strength of that.

On that note, I'll go away and try to be nicer tomorrow. 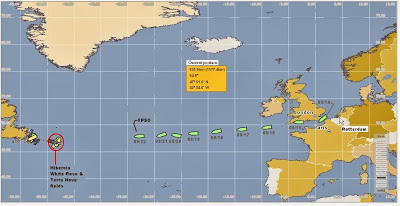 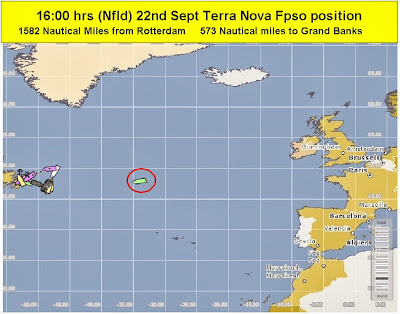