I usually don't identify with the "popular kids", as my life experience, especially in school, was that those deemed "popular" were often vicious savages who made my life a living hell. When I hear that someone is "popular" - I flinch, almost always with good reason, which usually becomes evident once the layers are peeled back.

Therefore, it's a tad ironic that one person appearing on my list of those I admire and respect is Danny Williams, Newfoundland's 9th premier, and one of the most popular Canadian politicians of all time. 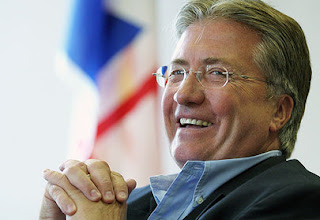 However, it must be said that it is not former Premier Williams' popularity that has earned him a coveted spot on my Lenten 40 list. In fact, it is quite the opposite. It was his eager willingness to be controversial, to stir it up, and to fight the fights laid at his door that has garnered my admiration and respect.

Danny Williams won the leadership of the Progressive Conservative Party of Newfoundland in 2001, becoming leader of the official opposition. In November, 2003, he led the PCs to a huge victory, winning 34 of the 48 seats in the provincial general election.

I remember that election day well. My mother was in hospital, and insisted on getting a day pass so she could get out to vote for Danny! I took her to the polling station, and then we went for lunch, like ladies do. It was the last time we got to 'do lunch', but it was a memorable one.

He fought the feds, and got us our promised Atlantic Accord billions. Wonderful.

He negotiated his heart out to get the initial work done on the Muskrat Falls project. Great!

But, both accomplishments pale in comparison to the two pivotal fights he waged, which will assure him a big ol' chunk of my heart for the rest of time.

First, it was fighting the seal hunt fight, and more specifically, taking it internationally, duking it out with Paul McCartney and his hare-brained wife on CNN's "Larry King Live". 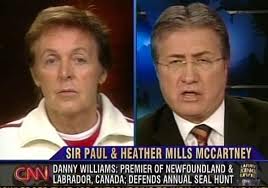 As sweet as it was to see, it wasn't a challenging battle. McCartney proved himself to be geographically-challenged, thinking he was in Newfoundland when he was actually in Prince Edward Island, and sitting there, looking embarrassed and whipped, as his missus did most of the harping. (Pun intended. "Harp" seal, get it? Get it???) It was clear that McCartney was doing this to placate his wife. He certainly did not present himself as someone for whom the seal hunt was a passionate cause. I guess even he has to live by the credo, "happy wife, happy life", although as they separated very shortly after this, I guess she wasn't too happy with his performance, or passion, either!

The other fight that will go down in history is the infamous "Flag Flap". From Wikipedia:


"Williams' popularity increased when he fought with then Canadian Prime Minister Paul Martin over a campaign promise Martin had made that would lead to a revised Atlantic Accord.

Williams, supported by leaders of the other provincial parties, walked out of talks with Martin, saying that cap would cost the provincial government billions of dollars in lost revenue over the life of its three oil fields.

Williams raised the temperature on December 23, 2004, when he ordered the removal of all Canadian flags from provincial government buildings. On January 10, 2005, Canadian flags started flying once again in the province, and several weeks later Newfoundland and Labrador reached a deal with Ottawa. A March opinion poll indicated that support for the Williams government had rebounded to 86 percent." 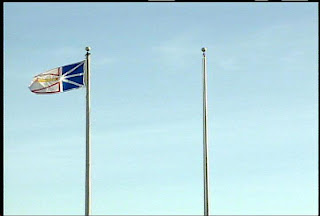 For 19 brief days, from December 23rd, 2004 to January 10th, 2005, I tried to imagine how my parents felt, pre-1949, before Newfoundland joined Canada, when Canada was just another country, nothing really to them. I tried, and I succeeded a little bit, too. It was wonderful to think about. I wish my mother had lived to see it. She would have swooned with delight!

The pink, white and green flag resurfaced right around that time. Not officially a flag of the Republic of Newfoundland, but that was what it came to symbolize for many.

The spark of patriotism for Newfoundland was now in full flame. The colors pink, white and green began to take off, appearing in the widest and wildest array of places that the imagination could devise: 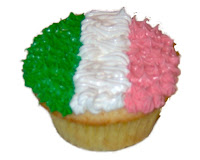 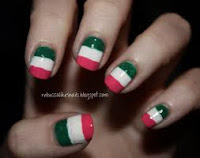 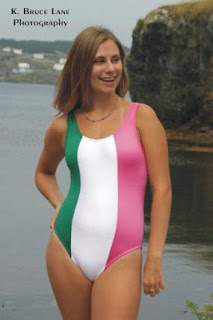 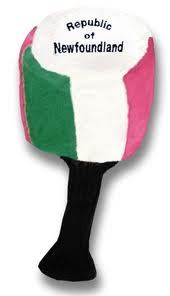 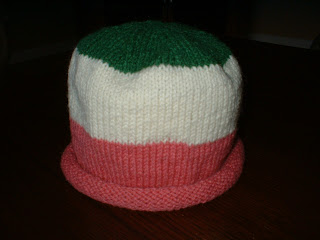 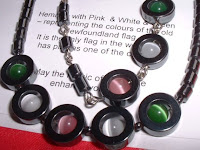 Talk of separation from Canada was happening on Open Line radio programs and at the water coolers, and it all seemed just too good to be true, which it was.

I love Canada as a country. I've lived there, worked there, have friends there. The people are great, the geography is stunning, and it is a place of which to be proud. But I hate the politics of Canada that has looked down on us from Day One, ruined our fishery, ruined our seal hunt, was about to ruin our offshore oil industry and is a socialist dictatorship with one man having ultimate power. We, who love to rant and roar, had been left with no voice following Confederation in 1949.

But for a while, Danny Williams changed all that. We had a voice being heard loud and clear, wherever it needed to be heard.

He was a self-made multi-millionaire, already a powerful man, who did all that he did as premier because of his love for Newfoundland. The crying shame is that the reign of King Danny ended all too soon.

He is now spending his days toiling in the private sector, making millions more, no doubt, and enjoying his life.

Danny Wiilliams made more of a positive impact on his province and his fellow Newfoundlanders in his seven short years in office than any politician, before or since.


When he was not off politicking, he was showing his great sense of humor on shows such as "Rick Mercer Report", and "22 Minutes". He and Mark Critch had a fantastic on-camera chemistry, as is evident in this video clip:

Those of us who only know him in the public arena certainly miss his presence; his willingness to laugh at himself, and his "Fighting Newfoundlander" spirit. Good luck to you, Premier Williams, and thank you for winning the battles that needed to be won.