"The Boss", the late George Steinbrenner, is next on my Lenten 40 list.

For those who may not know, (and I can't imagine who you might be), George Steinbrenner was the principal owner and managing partner of the New York Yankees from 1973 until his death in July, 2010.

During his ownership, the longest in club history, the Yankees earned seven World Series titles and 11 pennants. His outspokenness and his role in driving up player salaries made him one of baseball's most controversial figures.

To call him merely an "owner" does no justice whatsoever to his bigger-than-life, formidable persona, and his renowned micro-management throughout his tenure. 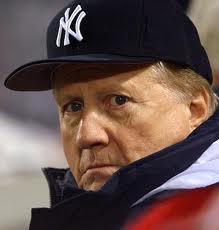 George Steinbrenner and his associates bought the Yankees in 1973 from CBS, to the tune of $8.8 million.

As of 2009, the Yankees were worth $1.15 billion. They have individual players whose salaries almost exceed the net worth of entire MLB teams.

To say he was a "hands on" baseball executive, as Wikipedia does, is an amusing understatement to those who know his history. He is well-known for involving himself in day-to-day, on-field decisions, often firing, and re-hiring managers who were not seen as toeing the line to his satisfaction. 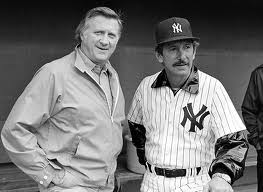 Steinbrenner with Billy Martin, on a good day.

"In July 1978, Billy Martin famously said of Steinbrenner and his $3 million outfielder Reggie Jackson, "The two were meant for each other. One's a born liar, and the other's convicted." The comment resulted in Martin's first departure."


The 'convicted' remark refers to Steinbrenner's guilty plea related to illegal political campaign contributions. Ronald Reagan gave him a presidential pardon in January, 1989, one of the final acts of his presidency.

Steinbrenner was well-known for enforcing a military style grooming code for Yankees players. All teams used to follow such a code, but over the years all had abandoned it except the Yankees. All players and executives were prohibited from having any facial hair except for moustaches, and hair could not extend below the collar.

During the 1973 home opener, while he was sat in the owner's box, he noticed while the National Anthem was being played and players had removed their caps, three had hair that was longer than permitted. A message was sent to the manager in the dugout, who reluctantly relayed it to the players.

Players recruited from other teams, by trades, free agency, etc., often had hair that was not in compliance with the Yankee's policy, but by the time of the introductory press conference, they had fallen in line. A prime example: 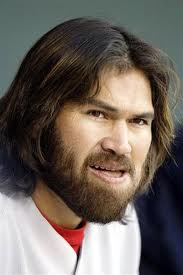 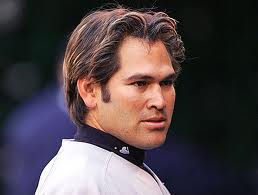 I have no doubt that he was probably a nightmare to work for, but the man got results, so who can argue with that? Lots of people on the receiving end of him, no doubt.

"In addition to being an intense boss to his on-field employees, Steinbrenner was also known for pressuring and changing off-field employees, sometimes chewing them out in public. Longtime Cardinals announcer Jack Buck once quipped that he had seen Steinbrenner's yacht and that, "It was a beautiful thing to observe, with all 36 oars working in unison."

"Harvey Greene, the Yankees' Director of Media Relations from 1986-1989, talked about the experience of working under Steinbrenner:

Three of the top 5 highest paid baseball players of 2011 play for the New York Yankees:
The Kansas City Royals entire team payroll is  $36,126,000.

Baseball does not have a salary cap. Instead, it has a 'luxury tax', imposed on teams to level the playing field between teams with outrageously high team payrolls, like the Yankees, and those who are cheap and depend on the luxury tax handouts, kinda like Kansas City. George Steinbrenner was not concerned about paying the luxury tax. He was concerned about winning. He had even been known to apologize to the people of New York City when the Yankees lost a key game.

But, even though he paid top dollar for top players, he saw the Yankees through a winless drought from 2001 ending in 2009. As a Yankee fan, I would often hear non-Yankee fans, usually sad and pathetic Blue Jays fans, talk about how the Yankees "buy" the World Series. It was always fun to ask them, "Well, when do you think the Yankees won the World Series last?" They usually said, "A year or two ago." WRONG! So, if Steinbrenner was "buying" the World Series, he was doing a pretty poor job of it!

Since his retirement in 2006, Steinbrenner left the running of the Yankees to his sons Hank and Hal. For those of us who have missed very few games since that time, it became easy to tell that "The Boss" was no longer the boss. In our humble opinion as Olympic-caliber armchair athletes, it became clear to us that decisions that used to be made from the owner's box were no longer being made. Managers who needed to be kept were let go, and managers who needed to be fired, weren't. Players were being traded who should never have been lost to the team. It was not unusual to hear my father say, "That wouldn't happen if George was still around."

But, he is not around, and time marches on. George Steinbrenner III passed away on the morning of the 81st All Star Game, on July 13th, 2010. A legend himself, Legends Field in Florida, the Yankees' spring training facility, was renamed George M. Steinbrenner Field.

For those of us who love the game of baseball, and especially for those of us who love the New York Yankees, George Steinbrenner will always be remembered as a man who loved winning as much as we do, and had the power to make it happen. Few other owners / managers of professional sports teams are as well-known and respected as he was, and still is.

For making the game of baseball and the lore of the Yankees as magical and mystical as it is, George Steinbrenner has earned my admiration and respect. The game will not be the same without him.

"I will never have a heart attack. I give them."

"Owning the Yankees is like owning the Mona Lisa."

"Winning is the most important thing after breathing. Breathing first, winning next." 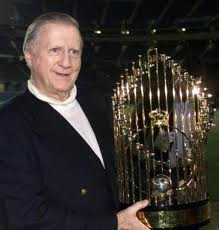