Claude Elliott is not a name that rolls off everyone's tongue when the topic of the September 11 terrorist attacks is being discussed. In fact, unless you are from central Newfoundland, his is probably not a name you hear from one end of the year to another.

But... when the topic of stranded passengers landing in Gander, Newfoundland on 9/11 is being discussed, the representative face, of the kindness that was bestowed on so many on that and the following days, is Claude Elliott's face. 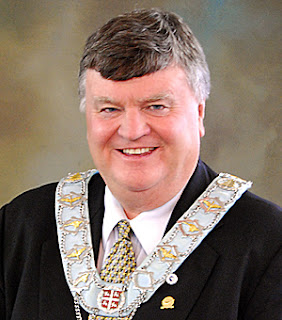 Claude Elliott was the mayor of Gander, Newfoundland on that day. In fact, he still is mayor, and probably will be until death do them part.

One of many things I did not know about this man until I started doing a bit of research was that he was a paramedic in his pre-political life.

Considering the fact that since he became mayor in 1996, and that the September 11 terrorist attacks fallout was by far the biggest thing he and Gander had to deal with, ever.... there is not a mention of it in his biography on the Gander Town Council website. It's all about his past, his family, his qualifications and awards, but not about 9/11. I think that's pretty admirable. He's not treating that devastating event as a feather in his cap. I'm liking him more and more!

Today I acknowledge not only Mayor Elliott, but also the people of central Newfoundland, who opened their hearts and arms and homes to those who were so far from home, and in the midst of a world event that was changing our world and our lives in ways one could only imagine.

It has been Mayor Elliott who has had the honour of representing central Newfoundland in the media, and during 9/11 commemorative events in Newfoundland and the United States. He coordinated the resources of a town with 550 hotel rooms into a giant "family reunion" of people who were strangers, but who came to feel like family, very quickly.

He even got striking bus drivers to get back behind their wheels, which they did without hesitation, because as the mayor said at the time, their argument was with their employer, not with these poor people who needed them.

There is no way that I can detail the innumerable acts of kindness that were shown to almost 7,000 stranded passengers by the roughly 10,000 people of Gander and surrounding communities, when all those flights were diverted there on 9/11.

But, first, let's start at the very beginning. For those who are not from here, and are not too familiar with Gander... 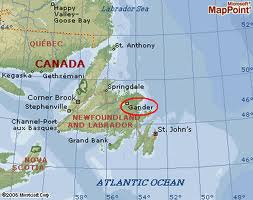 Gander is located in central Newfoundland, about 335km (210 miles) from St. John's, the capital city. 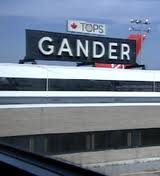 In its glory days, Gander was the 'T.O.P.S.' airport of the northwest Atlantic, T.O.P.S. being an acronym for Trans Oceanic Pit Stop. It was known more colloquially as the "Crossroads of the World". Prior to the advent of aircraft that were capable of long haul flights, most flights leaving North America for Europe would refuel in Gander. Because of this 'accident of geography', many luminaries spent an hour or two in Gander at one time or another, some of the more notable being the Beatles, Elvis Presley and Frank Sinatra.

A little of the quaint trivia concerning Gander:

It was a thriving community with a large military presence supporting its economy. But, like all good things, that came to an end. The death blow for the bustling airport town was when St. John's Airport gained 'international airport' status, thus diverting the flights to and from London to the capital city instead of through Gander.

September 11, 2001, remembered by so many as a day of horror, was a completely different experience for those who lived through it - both as townspeople and as passengers - in Gander.

Gander air traffic control, which on a daily basis usually handles five Gander - St. John's flights, two Halifax - Gander flights, and the odd Gander - Toronto flight in the summer, was given barely any notice that flights were going to be landing there because the US had closed American airspace. In all, 38 flights landed in Gander alone in the space of two hours. That's not including the 29 that landed in St. John's, or the others that landed in Deer Lake, Stephenville and Goose Bay. 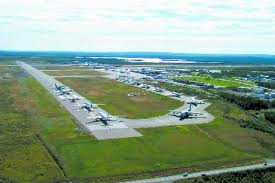 There were 7,000 stranded passengers in Gander and the surrounding area, and 7,000 stories of what happened that day.

Here are just a few, gleaned from a variety of sources:


Monica Burke has stayed in regular phone and email contact with Beulah Cooper, the woman who opened her home to her as the horror of 9/11 sank in. She visited her on the first anniversary, and is returning for the 10th.

Cooper, now 70, keeps a large collection of thank-you letters from the many people she helped in different ways.

Among those she comforted are Dennis and Hannah O'Rourke, an elderly couple whose New York firefighter son, Kevin, went missing at the World Trade Center.

He died. The O'Rourkes have remained friends with Cooper and have been back to Gander, whose people Hannah O'Rourke feels eternally indebted to. "They are so full of love and kindness and they can't do enough for you," she said. "I'll never forget it. Beulah was a mother figure."

"It still makes me cry when I think about it. They were incredible," said Barbara Groh-Wahlstrom, who stayed with the Salvation Army in Gambo and met her future husband there. "They had people working in the kitchen 24 hours a day and it turned out to be for five days. We were 187 passengers and they fed us three meals a day. They celebrated us like we were five-star guests. They were so full of love."

{My personal favorite...} Diane Kirschke, a Texan, met Nick Marson, an Englishman. They married, and honeymooned in Newfoundland on the first anniversary of 9/11.

Laura Louie, who is 46 and now married to actor Woody Harrelson, remembered a family across the street who saw her daughters aged 5 and 8, and invited them into their home, let them play for two hours, and offered them a change of clothes.

Once all the planes had landed or turned back to Europe, Gander's air traffic controllers switched to cooking meals in the building nonstop for three days.

"We went from air traffic controllers to cooks and cleaners of pots and pans," said Dan O'Brien, a supervisor with Nav Canada, the civil air navigation service, who brought passengers home to shower.

Doug Dillon switched from controlling traffic to delivering medical prescriptions to passengers in need. His father, Des, led the efforts for the Canadian Red Cross and his brother and mother joined in the efforts to make the guests comfortable.

"We're used to helping people," said Mayor Claude Elliott, speaking of a region that lives with rough seas, harsh weather and an uncertain economy. "I guess our biggest problem was trying to explain to people where they were."

There were some with special needs. Carl and Ethna Smith found kosher food through an airport caterer and a new set of kitchenware for an orthodox Jewish family from New York. At the Gander Baptist Church, Gary and Donna House dealt with the needs of four Moldovan refugee families, members of a religious sect who spoke no English and were bewildered by events.

The passengers, who left with tears and hugs, have responded with their own astonishing acts of generosity. Lewisporte, a seaside town where 4,000 people made room for 773 unexpected guests, received new lighting for the Anglican church and a scholarship fund worth $19,000 "and still growing" said the mayor, Bill Hooper.

When researching this blog post, there was no reaching the end of the number of stories and articles that have been written, each one more fascinating than the next.

Here is a link to one site in particular, Gander International Airport's own website, which has a page dedicated to 9/11, complete with links to numerous stories. On the left side, under "Related Links" there is a link to "Collection of Gander Stories and Letters", which is well worth a read.

One other link that amused me while it choked me up was from Snopes.com. Snopes is a website dedicated to debunking urban myths. They have a post there, a letter written by a crewmember of a Delta Airlines flight that landed in Gander, the contents of which they have verified as true.

Behind the scenes and behind the happy stories... Mayor Claude Elliott, his town council, his town manager and the airport personnel, making sure everyone was safe, had food, a place to sleep, medical attention, access to television and phones, not to mention keeping track of where all these people were so that they could be retrieved for their flights, when the flights resumed. An organizational and administrative nightmare, if ever there was one!

I read somewhere that Gander did, indeed, have a disaster plan. That was one helluva plan.

Within the past year, Gander has been honoured to receive pieces of the wreckage of the World Trade Center, artifacts to thank the town from the citizens of the United States. 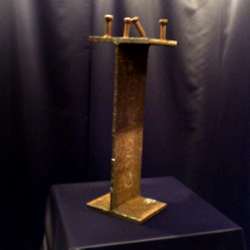 One of the two pieces of World Trade Center steel, donated to Gander, NL.

There is nothing that I can say here that will be any more glowing than that which has been said and written by thousands, for more than 10 years now. All I can say is that I'm not in the least surprised by the welcome and aid that those passengers encountered when they arrived in Newfoundland. I'm only sorry that I was stuck offshore on an oil platform, and not here in St. John's, to help out myself.

But, Mayor Claude Elliott was here, and he did a magnificent, unbelieveable job, dealing with events that would have overwhelmed most anyone else.

He, and all the residents of central Newfoundland who helped so many so selflessly, have my deepest thanks, and undying respect and admiration. You all make me proud to be a Newfoundlander.