Today marks a very sad anniversary in the annals of Newfoundland history. It was three years ago, on March 12, 2009, that Cougar 491, a helicopter flying workers to two offshore installations, crashed in the Atlantic Ocean, just 34 miles from safety, with the loss of 17 people - 15 passengers and two crew members. 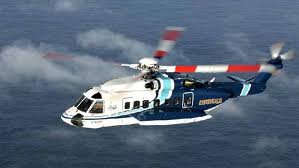 In actual fact, there were 18 people on that helicopter that day, not only those 17 who were lost. Somehow, God Himself only knows how, Robert Decker managed to survive that crash, and lived to tell the tale.

It is the 'telling of the tale' that has earned Robert Decker a place in my heart, and a place on my list of those I admire, respect, and for whom I feel compassion. He elicits all three emotions in me.

Just after 9:30 a.m. that day, during the flight offshore, mechanical problems arose requiring the helicopter to turn back, with the plan being that they would land at Cape Spear, it being the closest point of approach to land. 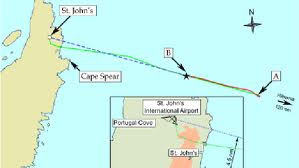 The pilots were mistakenly under the impression that they had enough time to reach land, and believing so, chose to do that rather than to ditch in the ocean.

Tragically, they were misinformed, and the helicopter did not reach shore. Instead, it crashed violently into the frigid North Atlantic.

When all was said and done, Robert Decker, alone, was rescued from the water and brought to hospital, where he spent a very long time recovering from his injuries. 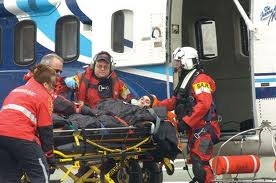 Robert Decker, arriving at the Health Sciences Center on March 12, 2009.
Ian Wheeler, center, is the Search & Rescue Technician who went into the water to save him.


Eight months later, on November 5th, 2009, Robert Decker testified before the Wells Inquiry into Offshore Helicopter Safety. This young man, 28 years old at the time, was the subject of immense interest and curiousity by the public, who were eager to hear from the sole survivor, who up to that point had - wisely - stayed out of the media spotlight. 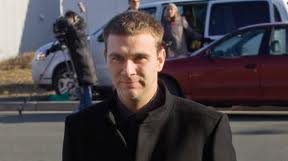 Not only did the public have their interest and curiousity satiated that day, so too did the offshore community, who were waiting to hear what had happened that day to their friends and colleagues. Not only that, those who still made their living offshore needed to know what was going to be done to make their means of transportation to work as safe as it could be. Obviously, that last was not a question that Robert Decker could answer, but his testimony, the lone voice from that horrible day, contributed volumes to the end result of that inquiry.

This video is a synopsis of his testimony:

Note - the blonde gentleman during the last minute is Sheldon Peddle, the offshore union president.


As tempting as it is for me to start ranting and roaring right here and now about the Sikorskys vs the Super Pumas, and the hop-scotch landings offshore, and the ignored recommendations from the Ocean Ranger inquiry, I am not going to do it. This post is not about that. This post is about how incredibly brave and eloquent Robert Decker was on the day he testified.

No one, not anyone, can imagine what he went through on the day of the crash, and in the weeks and months that followed, even up to and including today. All we can do is speculate, and the best I can come up with is that he was haunted, likely endured "survivor guilt", and suffered physical and psychic pain to a degree that the rest of us will likely never know.

But despite all that, on November 5th, 2009, he took the stand at the Wells Inquiry, and told his story, while at the same time respecting the privacy and pain of the victims' families. He spoke to them privately, and shared with them details that were not shared with the public, rightly so. He did all that he could do.

I had the distinct honor of meeting Robert Decker on the first anniversary of the crash. My father and I attended a memorial Mass for Peter Breen, an offshore colleague of mine, whose brothers were friends of my family. At a reception held after the Mass, Robert Decker and his mother were there. I mean, here it was, one year to the day following that horrific event, and he so selflessly attended this memorial Mass for one of his fellow passengers, when no one would have blamed him had he chosen to stay in bed with a pillow over his head, forever.

I could not pass up the opportunity to introduce myself to him. At first, he asked me, "Do you work in a bank? You're really familiar to me." I laughed and said no, that I had been a medic on the Terra Nova FPSO. "THAT'S it", he said. "That's where I know you from." He had been offshore for a brief trip and I had given him his orientation / safety briefing.

I then proceeded to thank him for testifying at the inquiry, and acknowledged how difficult that must have been for him. I told him that it was a wonderful thing that he did, for all the offshore community, and I wished him well in his continued recovery. He said that he was doing really well, and was going to start back to work within the next couple of weeks (needless to say, not offshore).

For someone who had endured what he did, he was as gracious and pleasant and friendly to me and others that were there at that anniversary Mass, as if this was just any other day. I walked away from that experience feeling I had spoken with a very remarkable man.

Whenever people speak about notable people they have encountered, or of having had a "brush with greatness" kind of experience, I always think of Robert Decker, and offer up a little prayer for him. He undoubtedly has had his struggles since that tragic day three years ago. I can only hope and pray that they are bearable, and that he has all the love and support he needs to enjoy his life to the fullest. That's my wish for Robert Decker, one of the most admirable people I've ever had the humbling honor to meet.