Today, as it was with #3 on my Lenten 40 list, I am acknowledging two people, not just one. Again, it is a matter of their stories being so closely linked that without both, there would have been no story. 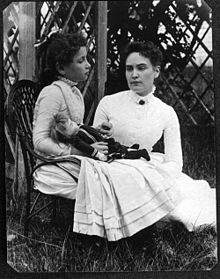 Helen Keller was born in 1880 in Alabama. At the age of 19 months, she developed an illness, documented as "a congestion of the stomach and of the brain", that resulted in permanent blindness and deafness.

Despite consultations with the best minds of the time, there was no cure for Helen's blindness and deafness. She was even referred to Alexander Graham Bell, the inventor of the telephone, who was working with deaf children at that time. He referred her parents to the Perkins Institute for the Blind in Boston, whose director recommended the services of Anne Sullivan.

Anne Sullivan was a visually-impaired young woman of 20, a former student and valedictorian of the Perkins Institute, who came to live with 8-year-old Helen as her teacher, governess and subsequently her lifelong companion. 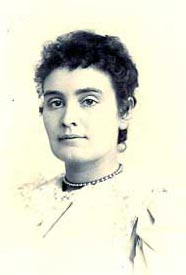 Sullivan is credited with leading Helen from a state of almost "feral wildness" into education, activism and intellectual celebrity.

The story of Anne's initial breakthrough with Helen's intellect, from Wikipedia:


"Anne Sullivan arrived at Keller's house in March 1887, and immediately began to teach Helen to communicate by spelling words into her hand, beginning with "d-o-l-l" for the doll that she had brought Keller as a present. Keller was frustrated, at first, because she did not understand that every object had a word uniquely identifying it. In fact, when Sullivan was trying to teach Keller the word for "mug", Keller became so frustrated she broke the doll. Keller's big breakthrough in communication came the next month, when she realized that the motions her teacher was making on the palm of her hand, while running cool water over her other hand, symbolized the idea of "water"; she then nearly exhausted Sullivan demanding the names of all the other familiar objects in her world."

Almost immediately, Helen began to attend Perkins Institute for the Blind, followed by other schools for the blind and deaf. In 1900, she attended Radcliffe College, and at the age of 24, in 1904, she graduated with a Bachelor of Arts degree, the first deafblind individual to do so.

An admirer of hers, Mark Twain, introduced her to Standard Oil magnate Henry Huttleston Rogers, who paid for her education.

Anne Sullivan stayed with Helen throughout her life, in the role of companion. Anne married John Macy in 1905, and he came to live with them, helping to publish Helen's book, "The Story of My Life", written while Helen was in college, at the age of 21. 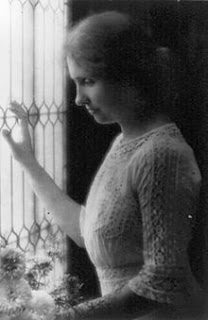 Because of Anne Sullivan, Helen Keller went on to become a world famous speaker, author and advocate for people with disabilities. She travelled to over 40 countries, wrote 12 books, and met every president from Grover Cleveland to Lyndon B. Johnson. She devoted much of her life to raising funds for the American Foundation for the Blind.

She was awarded the Presidential Medal of Freedom by Lyndon B. Johnson in 1964. In 1965, she was elected to the National Women's Hall of Fame.

Helen's and Anne's story was depicted in the 1962 movie, "The Miracle Worker". Both Anne Bancroft, who portrayed Anne Sullivan, and Patty Duke, who played Helen, won Academy Awards for their performances.


Anne passed away in 1936. Her role as Helen's companion was filled by Polly Thompson, who had been hired as a housekeeper for Anne and Helen in 1914. Thompson died in 1960. Winnie Corbally, a nurse first hired to care for Thompson, stayed on after Polly's death, caring for Helen until Helen's death in 1968. Helen had suffered a series of strokes in 1961, and spent her last years at home.

As a mark of respect for their amazing accomplishments, particularly in an era when disability was so poorly understood and even less tolerated, I humbly acknowledge Helen Keller and her teacher, Anne Sullivan, as people very much deserving of my (and of the rest of the world's) admiration and respect.

"My heart is singing for joy this morning! A miracle has happened! The light of understanding has shone upon my little pupil's mind, and behold, all things are changed!"


"Once I knew only darkness and stillness... my life was without past or future... but a little word from the fingers of another fell into my hand that clutched at emptiness, and my heart leaped to the rapture of living."