Yesterday afternoon, I had just finished writing my blog post for today, and was putting the finishing touches on it, when I heard the news that Davy Jones had died. It was definitely a case of "stop the presses". This is a person who I wanted to acknowledge, for sure. 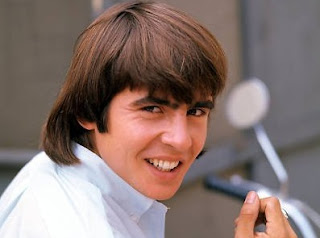 Davy Jones, along with Mike Nesmith, Micky Dolenz and Peter Tork, were the Monkees, a pop band of the 1960's who were, to this child of the '60's, nothing less than totally groovy!! 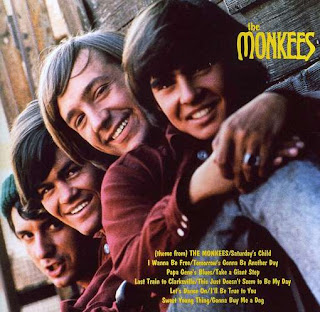 I loved Davy Jones!! He was the lead singer, the diminutive band member with the adorable English accent, who played the tambourine and sang like an angel. I remember one Christmas, my cousin got a tambourine from Santa, and I was insanely jealous. 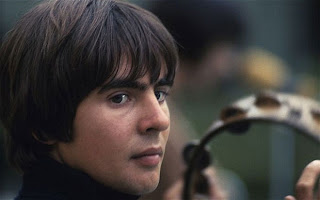 Yahoo Music named him the Number One teen idol of all time. Fox News named him #2, after Shaun Cassidy. As if!!!

The band broke up in 1970, and each member went his own way. A few reunion tours happened, but none was wildly successful. Davy Jones continued singing and writing songs, and acting as well.

There is a lot written about the Monkees, accusing them of trying to be the American answer to the Beatles, and about their infighting in later years. Whatever... They recorded together from 1966 to 1970, and starred in their TV show from '66 - '68. All that was important to this 5- through 9-year old little girl - me - was that they were so cute, and sang such nice, singable songs. No "parental advisories" required here.

They actually did meet the Beatles, who hosted a party for them when they visited England. From Wikipedia:


"The party occurred during the time when The Beatles were recording Sgt. Pepper's Lonely Hearts Club Band.

Nesmith attended the "A Day in the Life" sessions at Abbey Road Studios; he can be seen in The Beatles' home movies, including one scene where he is conversing with John Lennon. During the conversation, Nesmith had reportedly asked Lennon "Do you think we're a cheap imitation of the Beatles, your movies and your records?", to which Lennon assuredly replied, "I think you're the greatest comic talent since the Marx Brothers. I've never missed one of your programs."

George Harrison praised their self-produced musical attempts, saying, "It's obvious what's happening, there's talent there. They're doing a TV show, it's a difficult chore and I wouldn't be in their shoes for the world. When they get it all sorted out, they might turn out to be the best." "

How very gracious of them. 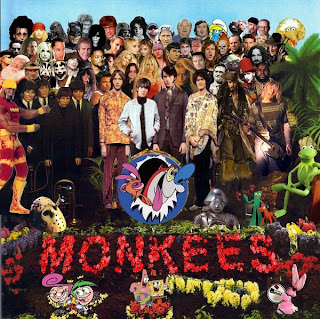 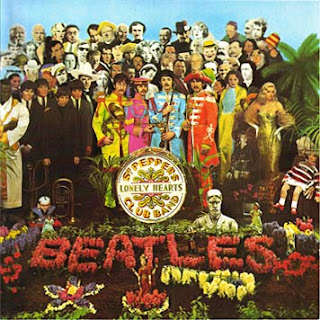 Prior to his fame with the Monkees, my mother & father saw him in "Oliver" on Broadway in 1964, as the Artful Dodger. He was only 17 years old.

Ironicallly, Davy Jones appeared in the role of the Artful Dodger on The Ed Sullivan Show, on the same night as the Beatles' very famous first appearance.

There was never a resurgence in the fame he enjoyed during the Monkees heyday, though he continued to write and perform throughout his life.

He married - three times in fact - and had four daughters.

It was reported yesterday that he died in his sleep, of a massive heart attack. He was 66. This makes me very sad. In some kind of indescribable way, it also makes me feel old. Another little piece of my childhood - gone.

( Update - more here from ABC news... An excellent series of video clips, including an interview with Micky Dolenz.)

I admired Davy Jones, not only in the way an 8-year-old love-struck girl can, which is pretty heady stuff, don't kid yourself! I admired him for his wonderful talent, and his ability to live his life doing what he loved, and for having the strength of character to not fall into the pathetic rut that so many celebrities do, when the lights fade and the crowds dwindle and the drugs kick in. 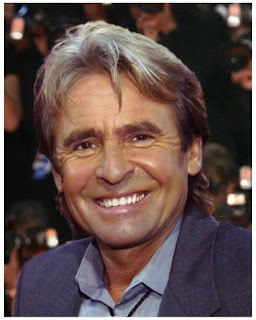 You may be gone, Davy Jones, but your music and your sweet voice will live on. Thanks for the memories.