The last grown-up movie that I went to was "Titanic" in 1997. Since then, I saw "The Grinch" in 2000 with my sister and nephews. I haven't darkened the doorway of a movie theater since.

I had to make an exception this time, though. My sister and I went to see "The King's Speech" yesterday, starring Colin Firth, and it was wonderful!

A perfect choice for ending the self-imposed movie theater exile under which I had been living, quite happily I might add.
Many movies have come and gone that I thought I might like to see but just never got around to seeing. Going to a movie theater is not something I enjoy, as a rule. Theaters are about as comfortable for movie-watching as the economy cabin on an airplane. If it's not the gum-cracking, seat-kicking, cell-phone-ringing oblivious idiots annoying the living crap out of me, it's the lack of a pause button on a remote control and the invariably uncomfortable seating with precious little leg room that usually keeps me at home, and happy to wait for its DVD release. I also found that the sound was not all that great, either, when we saw it yesterday. My home sound system would definitely have been better, so now I have another reason not to go. But when it comes to Colin Firth, I will tolerate just about anything. 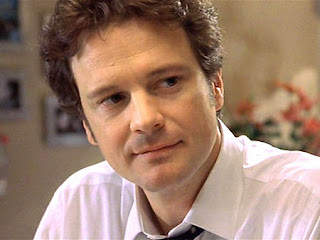 I say "just about anything", because I have to say that I could not watch him as a gay man in last year's "A Single Man", for which he was also nominated for an Academy Award. I own the "Six Feet Under" TV series, and watch "Brothers & Sisters" weekly, both of which have gay themes. I hated "Will & Grace", because it was a stupid show. But, as broad-minded an old broad as I like to think I am, I unequivocally draw the line at seeing Colin Firth play a gay man. To the gay community, with all due respect, Mr. Darcy is OURS, and you can't have him. Not in my little universe. Anyone else? Fair game, but not him. No. Uh-uh. Not even in the Hollywood world of make-believe. 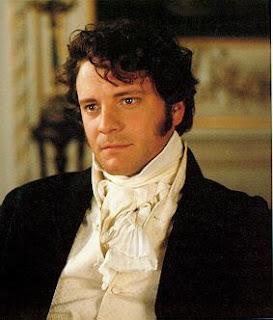 I didn't post anything last Sunday night when the movie, and Colin Firth, won Academy Awards. I decided to wait and write after I had seen it. I didn't want to post three times about him (there's already this one from a few weeks back). That would have made me seem a bit stalker-ish, and as appealing a thought as that is in theory, it generally tends to be ugly and pathetic in practice, so I avoid it where I can. (Actually, now that I think about it, there was yet another post, about Pride & Prejudice, so I guess that makes this the third post about him, after all. Scary!) 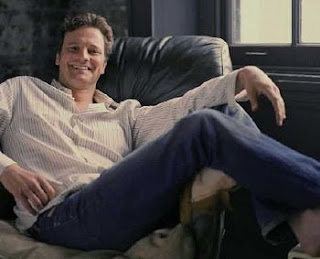 See what I mean? It's still only photos, but it seems oddly stalker-ish, so I will stop now. :-)

Geoffrey Rush had also been nominated for an Oscar for best actor in a supporting role, and definitely should have won. 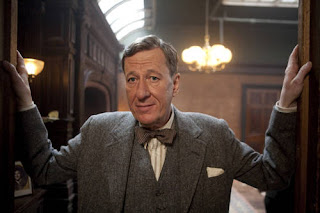 I don't know and I don't care who did win, but I do know that Geoffrey Rush played Lionel Logue, King George VI's speech therapist, profoundly well. It was so easy to believe that these actors were the characters.

It had it's moments of hilarity, and moments of despair, and moments where I found myself clenching my muscles, trying to 'help' him get the words out, silly as it sounds. That's how engrossing this movie was to watch. It was the type of story that I just didn't want to end.

For someone like Colin Firth, who is reportedly eager to shed his 'Mr. Darcy' persona from "Pride & Prejudice", it made me laugh to see Jennifer Ehle playing the speech therapist's wife. 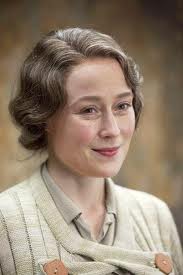 I knew she was in "The King's Speech", but it was quite a surprise to see another "Pride & Prejudice" character in the movie, too. David Bamber, who played Mr. Collins in the mini-series... 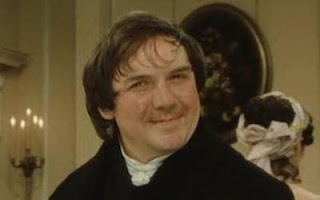 ...was in the movie playing the theater director for whom the speech therapist auditioned. So, there's a bit of trivia for any devout "Pride & Prejudice" fans!
If I could post the whole entire movie right here on this blog, I would, but I can't, so instead, I will post this link to a YouTube video of Colin Firth winning the Academy Award. The video is just over 7 minutes long. The bits about Colin Firth start at 2:24 minutes, FYI.
It was a wonderful movie, very touching, very well acted, and very much deserved to win.
Posted by Margaret at 9:34 AM